Business and personal financial challenges continue to mount up for small to mid-sized landlords as the pandemic continues. Some are losing their investments with no support from government. 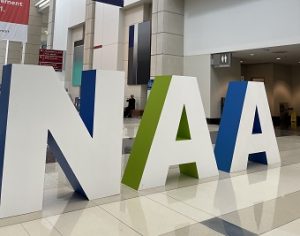 It’s nice that the NAA has taken up the battle against the Federal Government to release funds to help the embattled owners of small apartment buildings, apartments, duplexes, and rental houses.

The NAA claims that the U.S. Centers for Disease Control and Prevention’s eviction moratorium was unlawful and has left landlords “holding the bag on $26.6 billion in rental debt after operating under extreme conditions for 16 months — from CBS report.

Small mom and pop landlords, often with one or two properties are key community support members across the US.  They house a good portion of Americans and they are not wealthy.

While the government hushes or pays lip service to the plight of small landlords, we can help greatly by highlighting the problem on social media.  The issues as you’ll read here are becoming heartbreaking and troubling and we hope you share this concern.  The situation is dire and we should help.

Hopefully NAA can keep us updated during Apartmentalize.

The pandemic keeps creating tough challenges for small landlords across the globe as well.  However, other governments have been more supportive of landlords.  In Australia, UK, Germany, and Canada the situation is different because governments there are more responsible.

In the US, rent defaults are a plague, back rent due is high and unrecoverable ($26.6 billion in rental debt so far), taxes are due and payable, landlords costs are rising, and eviction moratoriums are making business uncertain for many small portfolio landlords.

Yes, mom-and-pop property owners from New York to Los Angeles to Dallas have been forced to use their own savings and equity, rely on credit cards to keep their own tenants housed, and sometimes having to pay tenant’s utility bills, and then face crushing debt themselves.

It’s an incredible situation where landlords efforts aren’t appreciated or even acknowledged.

Some 6.5 million renter households are behind on rent, according to the most recent U.S. Census survey. Nearly 59 percent of those households live in properties with between one and four units, 72 percent of which are run by mom-and-pop landlords, according to an analysis of government data by the National Association of Realtors. — from report on Politico.

And to make things more bizarre, some landlords are becoming new eviction risks themselves. The lack of outcry over the situation is politically alarming.

While the US government has earmarked billions of relief funds for renters and landlords, only a small percentage has actually been distributed. This fact is hidden as the US media refuses to sympathize with small landlord’s plight.

Small to mid-sized landlords are treated and regulated as though they are wealthy corporations. And they’re painted with same unsympathetic strokes as big multifamily property corporations who have investor’s money to leverage.

To make matters worse for the future, landlords face a tough court system as they prepare for evictions if necessary, and attempts to collect up to 18 months of renters back rent due. The less the number of rental properties the landlord manages, the worse their collections and rent payment situation is.

The worst appears to be in San Francisco, New York, and Los Angeles, yet most other cities are seeing their landlords abused by both state and Federal governments.

On Politico, Democrat Maxine Waters of California was quoted as saying small landlords are okay, that they know how to go to the bank and that they’ll hang on. Hanging on through 16 months of limited cash flow while costs remain the same, requires government assistance.

Of course, small landlords must be smarter financially and technologically, and be more active and organized to fight for their rights. The National Apartment Association has been fighting for the cause, even taking the government to court over the rent collection matter. More of us should be helping out even if we’re just sharing the message with others.

Sometimes sharing the message is the best action we can take. Awareness leads to action.  Please post this message and share it on your blog so we can put more pressure on the US government to help landlords help Americans stay safe through the end of the pandemic.

Learn more about what the NAA is doing to help landlords.