One of the most dynamic cities in Europe, Berlin Germany also has one of the world’s hottest housing markets. In 2017 and 2018, it was under significant pressure with squeezed supply and exploding demand.

Supply issues continue yet the forecast for 2020 is subdued rent price appreciation.  Although rent price controls are being legislated, international investors (US, UK and Swiss), developers, home buyers, renters, and speculators have plenty of reasons to buy a home to rent in Berlin.

We’ll explore them and other factors you should know about.

Why is Berlin Such a Hot Property Market? 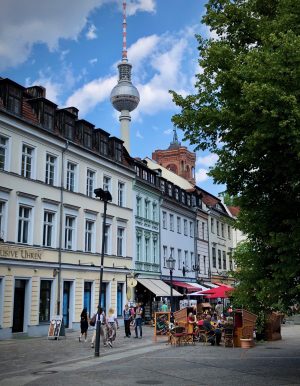 The city has unusually good lifestyle pedigree, which includes hundreds of art galleries, along with museums and concert halls. Combine these with ample parks, green space and navigable waterways, and you have an ideal city to live in.

Berlin has attracted creative people because of its historical architecture and features and it’s now attracting young tech workers and startups.  It’s not certain how Brexit will fully impact Europe or Berlin through 2020/2021, but perhaps it may benefit the country.  Berlin might be the new Silicon Valley of Germany.

International real estate investors are the top buyers, and as more learn about Berlin’s potential, demand and prices will likely rise.

Yet that demand is meeting less supply. In fact, demand runs twice the levels of supply (30,00 to 15,000 units each year). Although plenty of building permits are issued, not much building has been taking place. Berlin needs tens of thousands of new homes to handle growth.  With its fast rising prices, some politicians may believe rent controls are worth investigating.

High asset appreciation, rental income growth, and low interest rates make it a sweet spot for real estate investment for 2020.  And after you’ve owned your property for 10 years, there is no capital gains tax if it is not your primary place of residence.

Are you ready to buy property in Berlin? 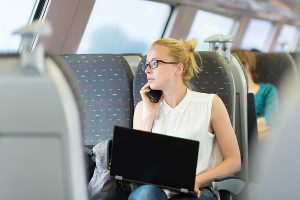 Transit Corridors: Commuters moving to the suburbs and urban areas factoring in on rental choices

In 2018, Berlin’s housing market was rated as the fastest price growth market in the world. That creates affordability issues for renters (3/4 of Berliners rent their home), but promises higher rent to price ratios for real estate investors.

Property prices rose 15% in 2018, yet are still only roughly 1/3rd of prices in London UK. There may be some great opportunities still for income property investors but buyers should avail themselves of a Berlin Realtor with experience in Berlin’s unique residential and commercial property market.

A few have suggested the housing market in Berlin is overpriced by 35% which has launched a few bubble rumors. GDP growth has slowed, yet economic factors such as low interest rates, consumer spending, exports, investment, growing population and low vacancy rates appear to support the value of rental homes and multifamily rental properties. 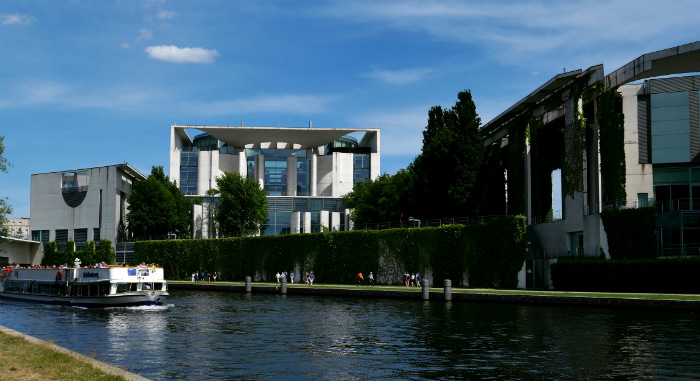 However, a lack of investment opportunities has owners hanging onto the properties they have. When new condos and apartments are released, it’s a big occasion.

Below, The Wave, a spectacular, new, award winning, luxury development by Bauwerk Capital on the Spree in Berlin is releasing a variety of new condo and apartment units. 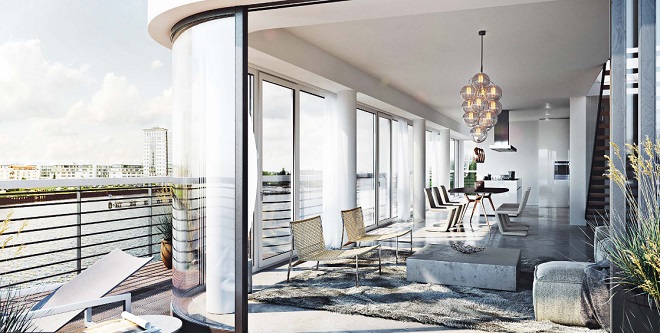 Due to prices, availability, and cost of living, Germans are fleeing the big cities to find accommodations in smaller cities and towns.

Ready to let ManageCasa help you manage your rental property?

Unique Housing Markets: Not all districts are flourishing right now. Districts in Berlin vary in availability, demand and sales, and also differ in terms of luxury vs lower priced properties.  For example, asking rents in the Tempelhof-Schöneberg and Neukölln districts have high growth rates of approximately 23.5% and 16% respectively, while Mitte is stagnating. By early 2018, rental offers in the lower price segments decreased more than 33%.

Housing vacancies differ considerably between large cities. In some cities, such as Münster (0.5 percent in 2017), virtually no vacancy is available. On the other hand, it reaches more than eight percent of the marketable apartment stock in cities such as Salzgitter and Chemnitz — latest report from ZIA Deutschland.

The housing situation has been a political hot potato for the German government. Is this a signal for investment opportunity for residential and commercial income property buyers?

Germany remains central to the European Union and Central europe geographically. Despite Brexit and the global economic slowdown, experts believe Germany is well positioned for continued growth in prices and rents. Whether it’s retail/office assets or single detached homes, or the multifamily market of condos and apartments, the numbers still look good for investors.

Germany was one of the few countries left relatively unscathed by the recession of 2008/2009 which might give investors greater confidence in buying properties in its major cities. While Berlin’s growth is notable, other large centers such as Frankfurt and Munich show a lot of promise too.

Home prices went up almost 15% from March 2017 to March 2018, according to Knight Frank’s 2018 Berlin Insight report. Average rents increased 11% to 11.8% according to two sources. Average price per square metre for a Berlin apartment comes in at about 5000 Euros, yet rents are down from 2017. Commercial space too has grown at 9% in Berlin, and the forecast is for 4% growth in 2019.

In the commercial sector, coworking is the hot topic. The number of coworking locations has grown fast across the world, and the trend is expected to be just as significant in Berlin with its low vacancy rate.

According to Mansion Global, the communities of Charlottenburg, in the west, and newer Friedrichshain-Kreuzberg and Berlin-Mitte have seen the strongest price growth. Each year there is a shortfall of about 3300 units in Berlin.

PropertyWire reported that Berlins condominium market saw the biggest increase at 18.5% in Charlottenburg-Wilmersdorf district to €4,873 per square metre, followed by Berlin-Mitte’s price growth of 11% to €5,188 per square metre and Friedrichshain-Kreuzberg +7.2% to €4,672 per square metre.

And with the population growing 40,000 to 60,000 annually to a predicted 4 million residents years ahead, population based price growth is forecast to continue. Vacancy rates were below 1.2% and down to .9% in multifamily developments.

For those wishing to invest in income property, a 3% rise in rental income and a 5% in capital growth for an 80% ROI after ten years makes it look good. This promising investment situation has resulted 25% more building permits issued in 2018.

“Despite accelerating housing construction, no relief to this pressure is in sight. Hence, the boost in rent levels is likely to continue throughout the forecast period. — from the REAL ESTATE MARKET GERMANY 2018 | 2019 report by DZ HYP.”

Berlin is supported by a strong and stable economy, population growth, housing shortages, and booming IT sector. Like other leading International IT startup cities such as Toronto, London, and San Francisco, Berlin is drawing 70% of Germany’s total startups. For big corporations, in tech and science, locating in cities with sufficient talent is important, which is why Google, Samsung and Pfizer are located here. This trend is creating demand for office space including coworking office space.

Any commercial and residential market will be affected by economic productivity and employment levels. Despite headwinds of recent in Europe, the overall trend is for continued growth. Consumer sentiment and wage growth during the last year has been very strong.

JLL reports unemployment is lowest in Lichtenberg, Pankow, Treptow Kopenic, Charlottenberg-Wilmersdorf, and Teglitz-Zehlendorf. And they see Mitte, Neurolln, Reinickendorf, and Spandau has suffering the highest rates of unemployment in 2017.

CBRE Berlin HYP has produced a detailed report on the market covering all of Berlins major neighborhoods/districts including:

Between 2005 and 2018, rents for new apartment rentals in nine cities rose by more than 50%.   Although rent trends are cooling, the expectation is for double digit price increases for condominium and apartment buildings. 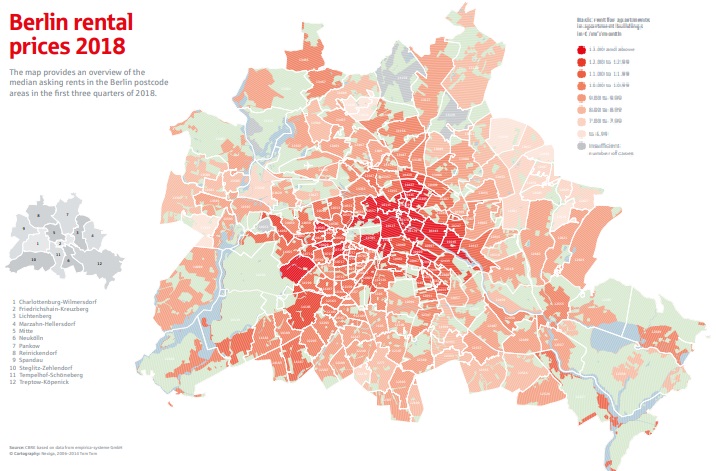 The final word on Berlin’s housing and apartment rental market is constrained. Regardless of Brexit and global economic trends, Germany and Berlin appear to be ideally positioned.  The 7 trending factors listed at the beginning of the post foretell of growing price pressures in 2019 and beyond.

The challenge for investors is to find any properties and understand how job markets, commuter access, and housing supply will play on prices and ROI.

*Disclaimer: The above material on the German and Berlin markets are provided as educational information and do not constitute advice to buy. Anyone investing in residential or commercial property in Berlin should consult an appropriate realtor or investment advisor in Germany before proceeding. In fact, for foreign buyers, it is required by law.